Math is logical and it should be solved with logical steps.

If children have a better understanding of the mental math concepts, they are more likely to approach math with a positive outlook. Mental math develop their ability to perform basic arithmetic rules at speed without using pencil or paper. Mental math is a widely used technique to master math which is also gaining importance at the international level. Many children have mastered the techniques involved and are turning to be mental math geniuses all over the world.

One such child genius is Sanath A of St Joseph’s School CBSE, who is in Class 6. Sanath A has brought glory to the school by securing 1stRunner Up in Mental Arithmetic International Competition 2019. Around 900 participants from 35 countries took part in the Aloha Mental Arithmetic International Competition held at Guangzhou, China; it was Sanath’s explicit knowledge and command over math which helped him emerge the 1st Runners Up 2019 and receive Five Gold Medals. He was also presented a Trophy for taking part in the competition at the International Level competitions for the last four years. 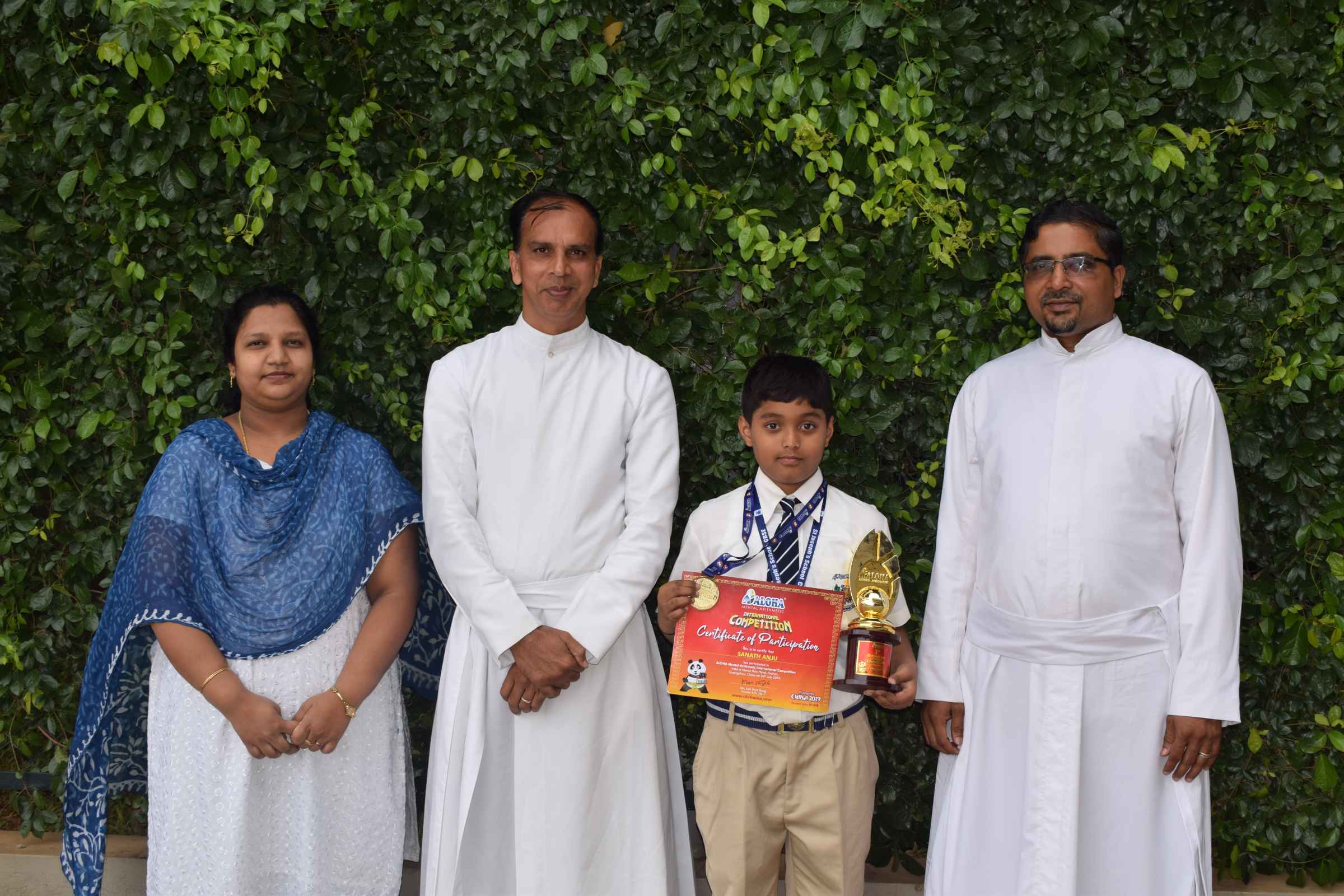 Sanath is an exemplary student and is a role model for his peers.